skip to main | skip to sidebar

So you've decided to read this article? Not so fast. I'll have to check your ID first.

Because if you're not one of us--you know, a Bay County baby boomer born between 1948 and 1959--you better put this magazine down right now. You wouldn't understand anyway.

You couldn't possibly appreciate what these two local musicians and their respective bands once meant to your moms and dads.

Twenty years ago, if you wanted to listen or dance to live music, you could do no better than Little Ray or Dirty Lenny.


>>RAY MELTON of Little Ray Melton and the Tennessee Studs

When you entered a club where Ray Melton was performing, the first thing you'd hear was that big, booming voice. Then you'd catch sight of Ray, strutting his 5'2" frame on stage like a banty rooster, belting out country standards with the best of them.

"The little man with the big voice--that was my gimmick," he says.

For nearly two decades--from 1971 to 1990--Little Ray Melton and the Tennessee Studs were a staple of nightclub entertainment in Panama City. "We started at the old Nashville Headliner Lounge on Highway 98, which became the Gold Nugget," remembers Ray, 64, from his home in Elora, Tennessee. "We played there until 1988, then worked different clubs in the area."

Ray was raised in Murfeesboro, Tennessee, where he began singing at assemblies while still in grade school. In high school, Ray was voted the state's top student vocalist three consecutive years. "Then I started a band of my own," Ray says. "We came to Panama City in '71 when a Nashville disc jockey I knew bought the Headliner Lounge and asked me to play there. We would play a month, then go out on the road a month, come back a month..."

After twenty years, Ray decided to call it quits. "It was a hard decision, but I knew it was time when I wasn't putting 100% into my performances like I used to."

Ray returned to Tennessee to join his brother-in-law in the lumber business. "I'm getting ready to retire," he says. Then, Ray figures, he'll have plenty of time to visit his twin daughters, both Panama City residents.

Does he miss the music? The little man with the big voice doesn't miss a beat. "Til the day I die," he says.


>>LENNY KNORR of Dirty Lenny and the Speakeasy Band

For five years--from 1977 to 1981--they were the hottest dance band in Panama City, a high-energy, high decibel rock-and-roll cocktail served up six nights a week, first at the Mai-Tai on Highway 98, then at the Breakers East on Beck Avenue.

On stage, Lenny Knorr led his seven-piece band through raucous renditions of Earth, Wind and Fire, Commodores, or Kool and the Gang. Inevitably, Lenny would reel off blue jokes between songs.

Literally, Lenny was living his dream. "When I was six years old," he says today from his home in Panama City Beach, "I remember marching around my yard with a stick, leading my imaginary band." After high school, Lenny put together his Speakeasy Band and toured the mid-west until accepting an offer to play in Panama City.

"Lenny was a riot," Hitchell remembers, "a natural entertainer. He'd do his comedy bits between songs, then the other guys would chime in with their running gags."

In 1981, however, a dispute within the group led to Lenny's dismissal. The band changed its name to Hot Funn and soldiered on, but the old chemistry was gone. It wasn't long before the Mai-Tai and the Breakers East closed their doors for good.

For the original members of Lenny's band, however, the music lives on.

Pekrul, Hitchell, Perkins, and Brooks continued to jam together off and on throughout the years. Today, Panama City resident Pekrul, 49, sells real estate and spends weekends playing drums for the Roshambo Band at KJ's in Destin. Since 1983, Brooks, 56, has played guitar for Ft. Walton's Windjammer Band. Hitchell, 50, has performed at the Sandestin Hilton the past seven years and currently tours with the Dixieland band Mister Big out of Pensacola. Perkins, 50, plays trumpet for the D.C. Horns, a jazz trio in Destin. Brawley, 50, has been a studio musician and currently tours with Gary Puckett and the Union Gap.

Then there's Lenny. After stints at various clubs in town, Lenny moved to New Orleans where he worked as a studio musician and blew sax at an after-hours joint. Lenny married in '84--he has a daughter in college--and returned to Panama City. He's played for Captain Anderson's Dinner Cruise and tried his hand as a boat captain.

These days you can catch him on sax twice a month at the Warehouse on Harrison Avenue, where he recently organized an AIDS benefit. At age 54, the years have mellowed Dirty Lenny. "The passion for music will always flow through me, like a current," he says. "But I'm Clean Lenny now." 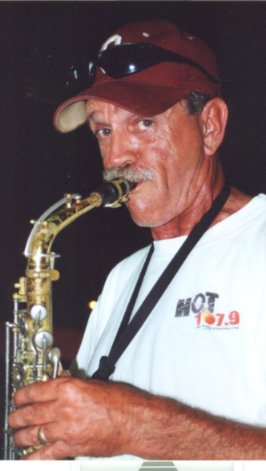 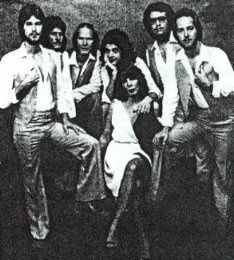 (Speakeasy's original drummer was Panama City native Ricky Boutwell. By the late-1970s, however, a rift had developed between Boutwell and Knorr. Not long afterwards, Lenny called a band meeting and introduced Ron Perkul as Speakeasy's new drummer. Band members were stunned. At some point, Boutwell left in a huff, slammed the door to his Mazda RX-7, and peeled out of the parking lot. His car skidded into a utility pole a block from the Breakers East. Boutwell died at the scene).

I hate to end a blog with such a lugubrious event as the Boutwell death, so here's a decidedly off-the-record Ray Melton anecdote:

In the early 1980s, Little Ray and the Tennessee Studs was the house band at the Gold Nugget Bar on Highway 98 in Panama City.

(This was before the Gold Nugget turned into a, ahem--"gentleman's club." For sure, the Nugget was a decidedly older, less hip crowd than the Breakers, where nubile 21-year-old disco honeys roamed free. At the Nugget, you were more likely to hook up with a thirty-five year old country line-dancing divorced mother of three; this was perhaps the Nugget's only advantage over the Breakers--the women were easier, and afterwards, a lot more grateful).

ANYWHO...
At the time, Little Ray's son, who was perhaps 19, was a passing acquaintance of mine--we called him Even Littler Ray. I walked into the Nugget one night to find ELR sitting at a bar table and I joined him. During a band break, Little Ray strutted over to say a few words to his progeny. Very few words, as it turned out. After a quick, "How ya' doin' boys?" Little Ray abruptly turned away and, as he left, said, "You'll have to excuse me, boys. I gotta go rustle up some p***y."

I sat there and tried to imagine my own Dad saying such a thing. Then it hit me--Wow, Ray, you really ARE the Tennessee Stud!